Why India should focus on INNOVATION.

World Economic Forum’s Global Competitive Index (GCI) rates India in top bracket in terms of availability of skilled people, engineers & scientists. With a new government in place; today India is aspiring to become a global economic leader. Economic gurus are all gung-ho, agog and raving about the India success story. India has all possibilities too as the biggest market in the world with immense of potential. 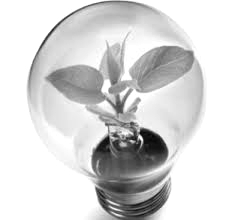 However, a shouting contrast to above is a recently released report from INSEAD & Cornel University which states that India is falling behind in Innovation. Their GII (Global Innovation Index) 2014 report has placed India on 76th position amongst all nations. Also it states that India has slipped down more than 10 positions in the ranking during the last couple of years.

India has so much of potential but still staggering in Innovation? It is a clear indication that Indian government (central & state departments) and the Indian enterprises have to focus more on Innovation. Fact of the matter is ideas which could add value and make a difference in people’s lives are somehow slipping through cracks. Ideas are getting lost in the way. Innovation isn’t happening to the extent it should.

Its not that India doesn’t innovate. A recent example of great innovation is India’s Mars Orbital Mission (Mangalyaan). It is special not just because its India’s maiden mission to Mars which is successful in its very first attempt but also because the project was completed on a fraction of what the US spent on its Mars mission (Maven). This was possible because the Indian scientists instead of following the old methods; innovated a new technology to ‘propel’ the engine which resulted in completing the project at a shoe-string budget (Per KM cost is less than what an Auto rickshaw (3-wheeler taxi) charges per KM in New Delhi). That’s the power of Innovation. Cant this spirit and culture be repeated in other avenues too? For example isn’t similar innovation possible for Indian Railways which is currently booking a loss of INR 0.23 per KM inspite of its long years of efforts into reducing losses.

Now consider the government’s ‘Make in India’ program (which aims to encourage Indian & foreign companies to build great products in India) a major initiative by the Prime Minister to build a modern nation. But this program too would not yield results without Innovation as Indian terrain is different and poses unique challenges for the manufacturers. When old methods repeatedly fail; Innovation is the only way forward.

India cannot win by the old tried & tested and safe ways. New ideas could only help India grow fast by bridging the gap between capabilities & results.